On matchday six of the Allsvenskan IF Elfsborg managed to beat Malmö FF at home staying undefeated. Jimmy Thelin’s side played a 4-3-3 formation against Malmö’s 4-3-3 and pressed really high in the first half. In the second half they were defending a lot more and tried to hurt their opponents on the break. 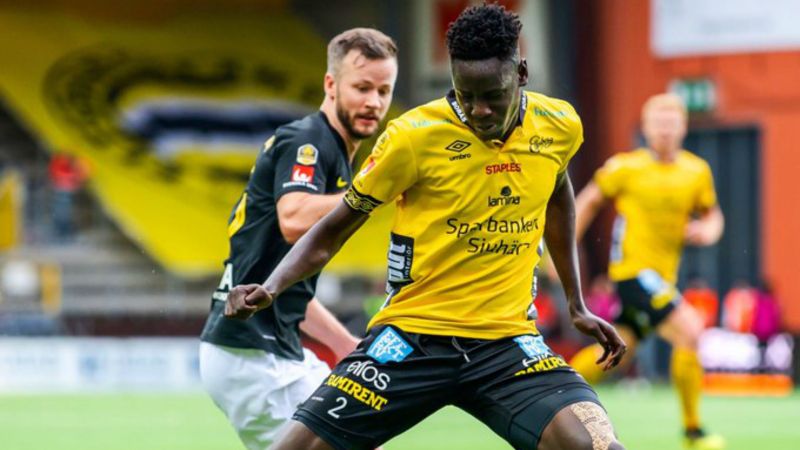 Joseph Okumu played as the left sided central defender and did a great job against Malmö. The 6’4″ Kenyan is physically outstanding, which showed during the game. Okumu won all of his aerial duels, six out of six, and always managed to keep balance. On the ground he was also doing a great job. Using his pace and strength he won almost all of his duels and he didn’t get dribbled past once in the whole match. His ability in the air and strength was very impressive considering he was up against some tall and sturdy attackers, like Molins, Berget, Thelin and Toivonen.

On the ball Okumu seemed really comfortable. Under pressure he never seemed to panic and he found the right solution almost every time. The 23 year old is very comfortable with both feet and played some great long passes with both of them, he completed twelve out of twenty long passes. Sometimes Okumu would play some unnecessary long balls, where he could just play an easy short pass,  which put his teammates under pressure. He also was composed when he dribbled past his opponent into the half of Malmö, all his dribbles (3) were successful this match.

There is enough room for improvement though. Positionally he made multiple mistakes, which lead to three dangerous situations. Molins and Berget both managed to find space behind Okumu, who started his run too late. This could also be due to a lack of concentration, which seemed to be the case a couple of times when he made some weird decisions on the ball.

When Elfsborg was pressing, mainly in the first half, Okumu would help his team and press quite deep into the half of Malmö. He did this successfully two times, creating a great situation for his team.

He needs some polishing, but considering he only played ten matches in Europe so far, Joseph Okumu is doing very well. Physically he is great and combined with his composure on the ball and ability of using both his feet, he could really grow a lot. 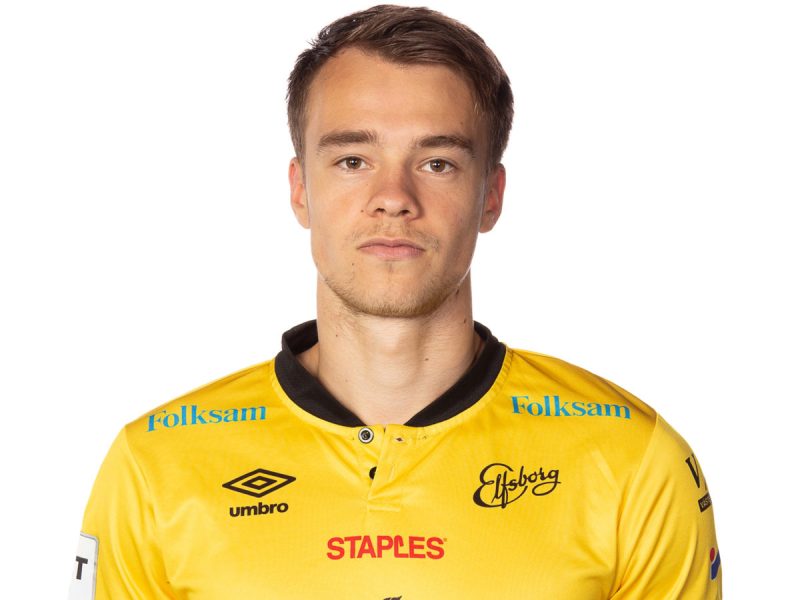 Leo Väisänen partnered Joseph Okumu as the right sided centre back and also played a solid match. The 22 year old Finnish defender is a bit shorter than his colleague on the left side, but standing at 6’2″ he surely isn’t a small player. Väisänen struggled a little bit more with the strong attackers of Malmö FF, but managed to still win most of his ground duels. Väisänen is also very strong in the air, which made the only goal in the match possible. After a corner from Jesper Karlsson, he headed the ball in the goal through the back of midfielder Holst.

On the ball he played a lot safer than Okumu, but also did very well. Väisänen played a lot less long balls than Okumu, only seven, and didn’t take too many risks. This doesn’t mean that he didn’t feel comfortable with the ball though. Under pressure he remained very composed and always found the easy way out of a difficult situation.

Leo Väisänen played a strong game and he surely has some potential to grow. 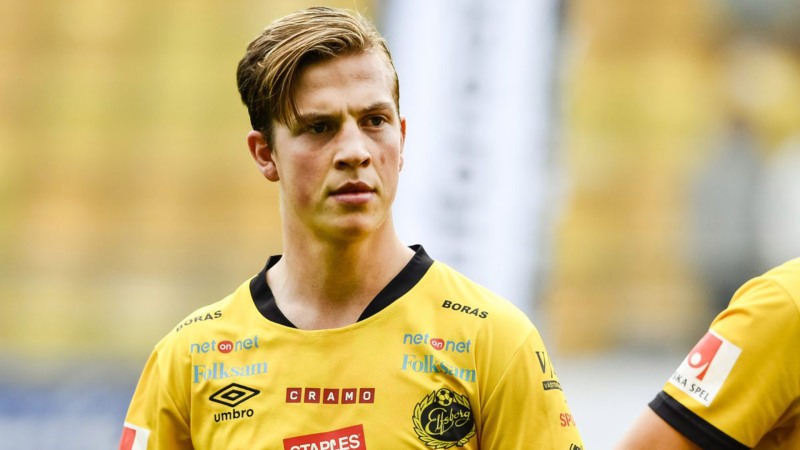 Simon Olsson played as the most attacking midfielder, just in front of Robert Gojani and Frederik Holst. The 6’1″ midfielder was very important for Elfsborg against Malmö and could be easily overlooked. Olsson isn’t the strongest midfielder, but didn’t get out muscled by his opponents easily.

Olsson covered an unbelievable amount of ground in the game against Malmö. He put in a lot of work when Elfsborg pressed high in the first half, where he won a couple of important balls high up the pitch. When his team needed him defensively Olsson was always there. He tracked back well and filled in whenever a midfielder or full-back was still tracking back.

On the ball Olsson showed to be a very technical player. His first touch was great and he has a high turning speed, making him hard to put under pressure. His distribution of the ball was fine, and he but he made too many mistakes in his short passes, he finished the match with 77% passing completion. On the half of Malmö Olsson didn’t pose that much of a threat for his opponents. He created a couple of chances for his team, but never got really dangerous.

Olsson’s performance could go under the radar quite easily. He didn’t create a lot offensively, but still played a very important role for his team.

Jesper Karlsson started the match as left winger for Elfsborg, but swapped a lot during the match with Rasmus Alm. Karlsson played a decent game, but didn’t create enough offensively. Physically Karlsson is very fast, but also quite frail being 5’7”.

Technically Karlsson also showed some promise. He often dribbled past his opponent and did a good job keeping the ball in small spaces. Even though he got past his opponent multiple times, Karlsson wasn’t a big threat for Malmö. He only put in a few dangerous crosses and was quite predictable, since he doesn’t like to use his left foot. Karlsson got two big chances to score against Malmö, but missed some composure on both occasions.

Technically Karlsson is a very good player, but his finishing and balls in the final third were not good enough this match. For the Allsvenskan he is a good asset, but I’m curious to see how he develops. 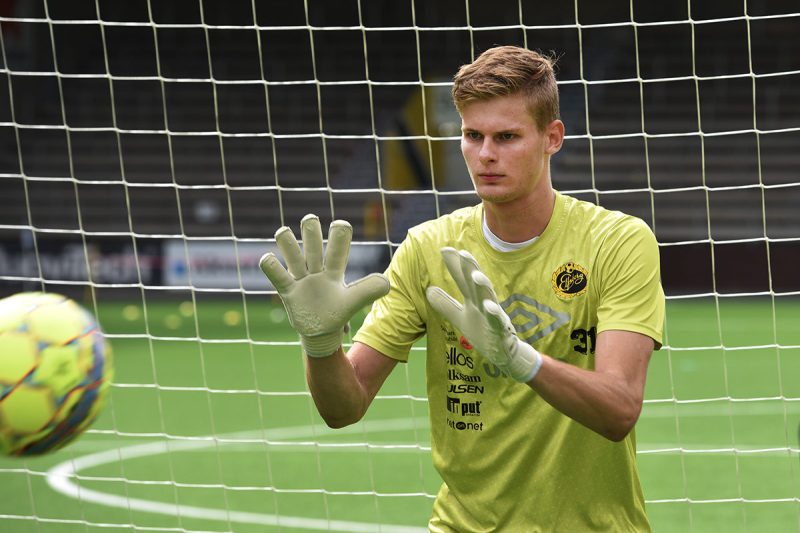 Tim Rönning is the first choice goalkeeper this season for Elfsborg. The 21 year old Swede didn’t really get tested in goal this game, as Malmö only got two shots on target. Rönning was comfortable on the ball and his ball distribution was very solid too. He didn’t make any mistakes in his short passing and his long balls also looked good.